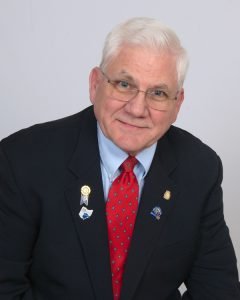 is married to Janet and they have been married for 47 years. They are blessed with two children and four grandchildren.

Gary has been responsible for the operation water/waste water utilities for 25 years and has been an Environmental Consultant for 20 years.

Gary has been a Rotarian for approximately 30 years, he is Paul Harris Fellow, as well as a member of the Paul Harris Society. He has been very active in District 6690 and has served 12 District Governors. He is currently serving as the District’s 6690 Chair of the International Service Committee and the Giving Chair.

Gary led a team to Kenya to work with the Rafiki Aids Orphanage and worked on a design and budget that resulting in a bore-hole (water well) for the Orphanage. 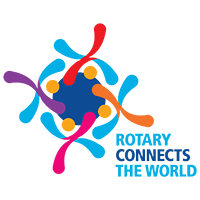 Gary, while serving 4 years with the Salvation Army medical brigade to Honduras recognized that most of the illnesses were water borne and the doctors were treating the symptom, not the root cause, polluted water. He has subsequently led two Rotary teams to Honduras addressing water/sanitation issues.

Gary has traveled across the District promoting Matching Grants and raising awareness of the need for clean water and basic sanitation. He has encouraged clubs to partner together with other Districts on matching grant projects.

Gary has served as presenter at the annual Foundation seminar, the District Assembly and other District functions. He was one of the founding members of the Water and Sanitation Rotarian Action Group (WASRAG). He was awarded the “Citation For Meritorious Service” from The Rotary Foundation of Rotary International, in April 2010.